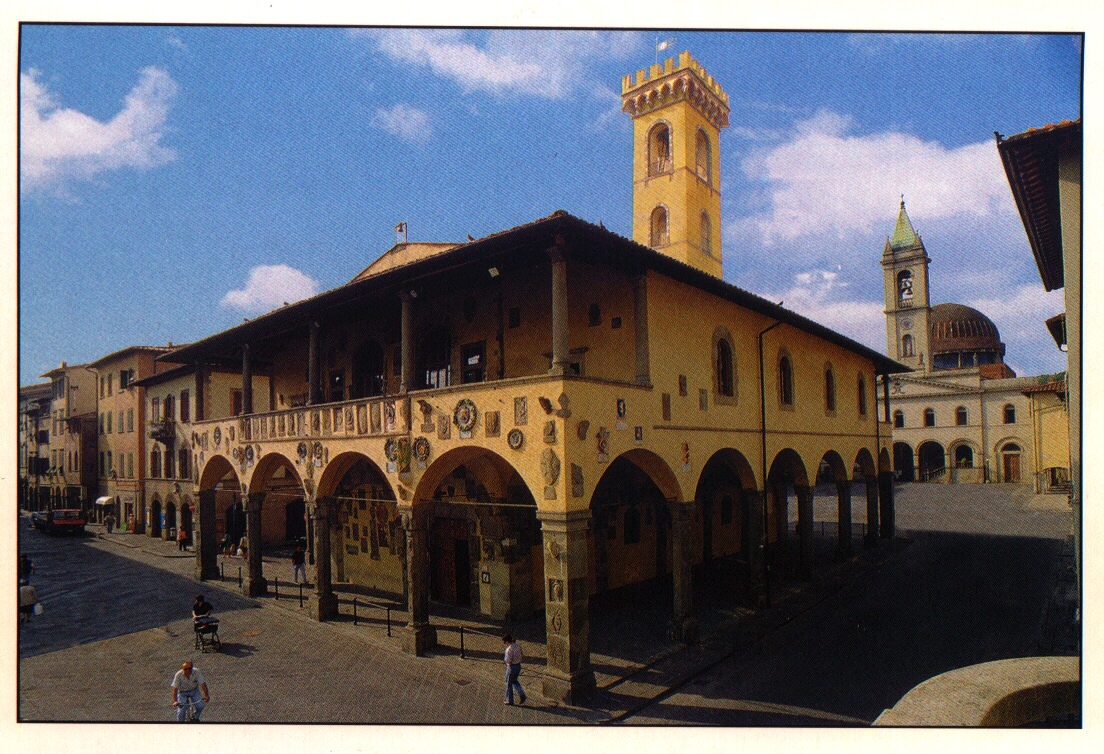 Visiting the Valdarno you can discover amazing  medieval villages that still maintain the walls, the churches, the castles and the most representative buildings of their history. The careful and precise conservation of most of these buildings has allowed the villages to become witnesses of past ages, traditions and history. Staying at Villa Le Facezie in Terranuova Bracciolini you can visit the Valdarno and its villages. 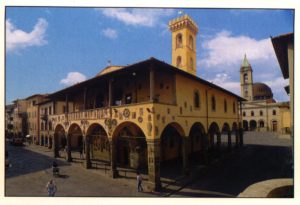 San Giovanni Valdarno, in a central position of the valley, it preserves one of the most beautiful palaces in the area: Palazzo d’Arnolfo. Built in 13th century and enlarged in the 15th century, it has a profile similar to Palazzo Vecchio in Florence, especially for the central tower with battlements, but stands out for the portico on the ground floor and the loggia on the first floor.

In Montevarchi you can walk in the central Piazza Varchi, dominated by the Collegiata di San Lorenzo, the Museum of Sacred Art and the Palazzo del Podestà, now the house of the City Hall. 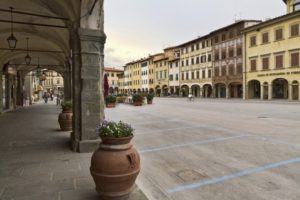 The village of Figline Valdarno, founded shortly after the year 1000, still retains part of the perfectly preserved medieval walls. The village develops around Piazza Marsilio Ficino, which overlooks the Collegiata di Santa Marta. In Piazza Bianchi instead is the beautiful Palazzo Pretorio built during the 14th  century.

The village of Piantravigne is located in a panoramic point that offers a spectacular view of the Balze del Valdarno. The village is very small and is characterized by the ancient paved alleys and the Church of San Lorenzo which houses one of the oldest paintings in the Valdarno represenenting the Madonna.

The village of Loro Ciuffenna with the hamlets of Rocca Ricciarda and the Borro located on the Pratomagno mountain, overlooks the valley and preserves many historic buildings including Pieve di San Pietro a Gropina, one of the oldest in the area and a perfect example of Romanesque style architecture in Tuscany.

Finally, Cascia di Reggello a Romanesque church and the Masaccio museum with a triptych by San Giovenale.